The spectacular Helgeland-steps are located on Øyfjellet, the beautiful town mountain of Mosjøen. To this date it consists of about 1800 steps.

The mountain itself rises 818 meters above sea-level and the end result is that the steps will go all the way to the top. With a total of 2500 steps it will most likely be the longest one in Norway.

The Helgeland-steps are made by the Sherpa people from Nepal and are ranked on the top-5-list of the best mountain steps in the entire country.

Each step is two meters wide which gives the possibility of three people walking side-by-side. Resting areas are placed along the way, all of them blending perfectly into the nature around.

On July 6th 2019 the Queen of Norway was here to mark the opening of the steps, which was also nationally covered on television.

You’ll find the Helgeland-steps in beautiful surroundings, about 1 km from the town center of Mosjøen, on the other side of the Salmon river Vefsna. 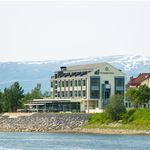 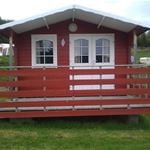